Howie's Recycling has been a community fixture in Manhattan, Kansas, since 1984. Known as "Howie's" throughout the community, the business is a locally-owned, family enterprise that has built its' reputation on great customer service and community involvement and support. The reality is that today's Howie's is a combination of many different endeavors over many years, dating back to the early 1960s. Much experience, research, experimentation, and just true grit has led Howie's to its' current place in the Flint Hills region as a key player in the recycling and waste disposal industry. 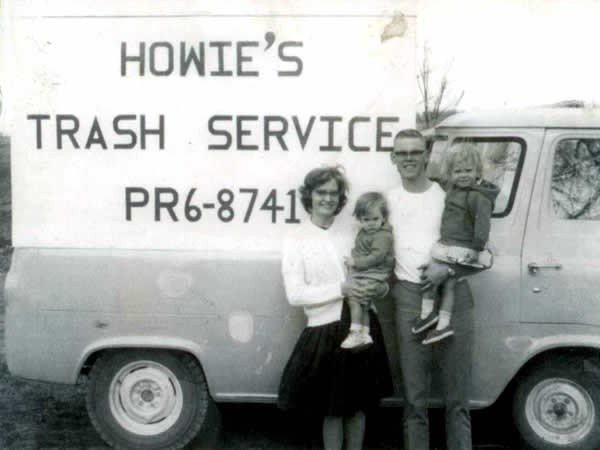 Founders Howard and Joann Wilson began working in the trash and waste business in 1963. While the young couple was working their way through Kansas State University (Howard in Dairy Management and Joann in Elementary Education), Howard started his first trash business in the back of a pick-up truck and aptly named it Howie's Trash Service. Two daughters, Jolene and Julie, were born while they were in college. In 1967, they graduated from KSU, sold the business, and moved to Kansas City for Howard to begin a career working for Safeway Milk Plants and Joann started teaching. Over the next 17 years, the family lived in Kansas City, Omaha, Oklahoma City, and Clovis, NM, while Howard worked at Safeway plants and Joann was a teacher and sold real estate. A son, Greg, was born in 1970.

In 1984, Howard, Joann, and Greg moved back to Manhattan and started Can-Man Recycling with reverse-vending machines called Golden Goats. The Goats encouraged individuals to recycle and get paid for aluminum cans on the spot. These machines (about the size of one parking space) were located conveniently on grocery store parking lots around Manhattan and Topeka. The cans purchased through the machines were then compacted and made into 20-pound cubes, called biscuits, which were then banded together to make large bundles weighing 2,240 lbs. each. Semi-loads of the bundles were sold and shipped out to large aluminum recycling companies throughout the Midwest. In addition to maintaining their Golden Goat fleet, they also restarted their trash business with one truck they had purchased in Clovis and brought them to Kansas 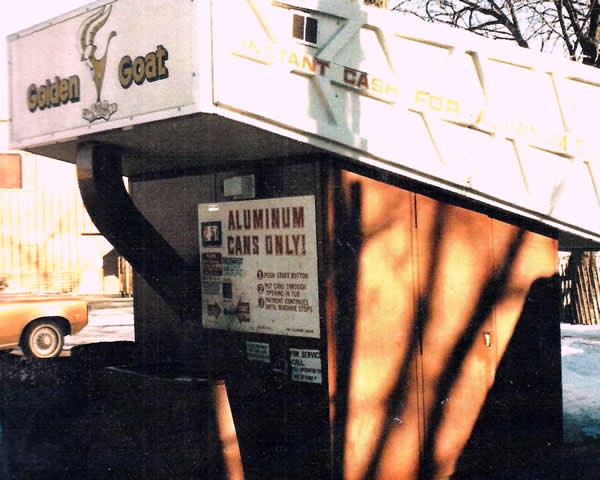 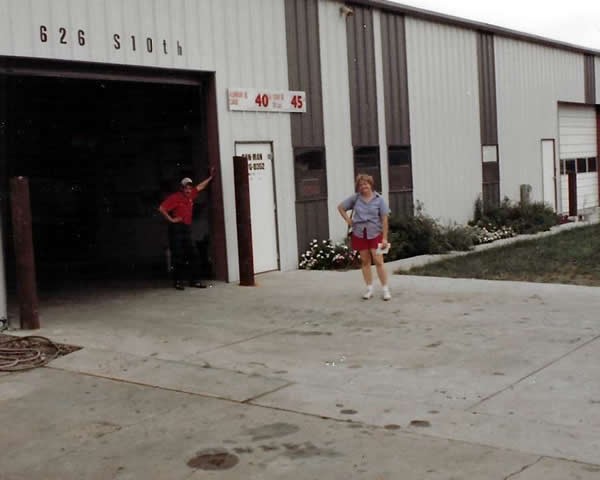 In 1985, they decided to focus all of their efforts on the recycling business and opened their first recycling center in May of 1986, at 626 S. 10th Street. At this location, Can-Man bought aluminum cans, scrap aluminum, and other non-ferrous metals from individuals and businesses. Eventually, they began taking other household products such as paper, plastic, and cardboard.

The growth in the recycling movement and the accessibility of the recycling center in Manhattan generated great community interest and support, creating a need for more processing and storage for the incoming materials.

In 1993, the Wilsons purchased land at 625 S 10th and constructed a new 30,000 square foot building to house a much larger recycling center. About this time, the company name was changed to Howie's Recycling, Inc. Since the original construction in 1993, the warehouse has grown with several additions to over 33,750 square feet of much-needed space. Two large horizontal balers are housed in this building, which serves as the main equipment for compacting materials for shipment. When Can-Man first started in 1984, it took approximately six months to generate a semi load of aluminum cans. Today, Howie's Recycling ships an average of 25 semi loads of all types of recyclable materials every month. 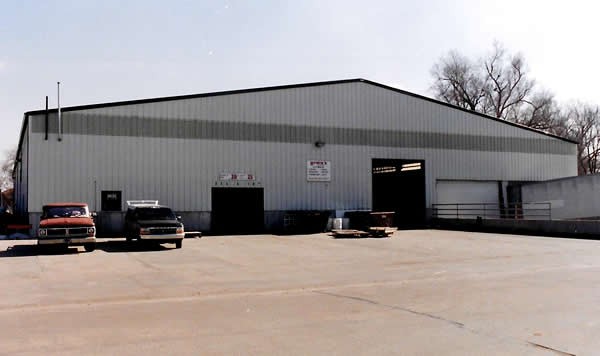 In 2000, the business expanded with the addition of Howie's Roll-off Dumpster service. This division now operates seven roll-off trucks and over 375 open-top containers to keep up with the demands of new construction and revitalization in Manhattan and the surrounding areas. Also, Howie's provides roll-off trash compactor service for large trash customers like grocery stores, schools, manufacturing plants, KSU Union, and KSU Athletics, and others. With the addition of the roll-off dumpster business, Howie's began accepting scrap steel from individuals and contractors, which led to constructing a 51,000 square foot concrete steelyard to the east of the recycling center warehouse. During this time, Howie's began offering property demolition as an additional service and has completed many demo projects throughout the area.

In May 2008, Howie's Trash Service was re-born for the third time when the Wilsons went back into the residential and commercial trash business on a large-scale basis. Today, HTS operates 22 modern and efficient trash trucks in Manhattan, Wamego, Junction City, Ogden, Keats, St. George, Louisville, and Chapman, as well as all the rural areas in between. From the first Howie's Trash Service in 1963 to today, with a customer base of over 10,000 residences and businesses, Howie's has become the leading provider of disposal services throughout the Flint Hills region. Howie's is proud to have been recognized for five straight years as the #1 Trash Company in Manhattan by the Manhattan Mercury Reader's Choice poll.

In March 2010, HTS began providing curbside recycling service as a part of its residential and commercial trash service. While many people still prefer to bring their recyclables down to the Recycling Center, HTS curbside service provides another convenient option for people who want to dispose of their recycling without having to load it up and bring it to the center. 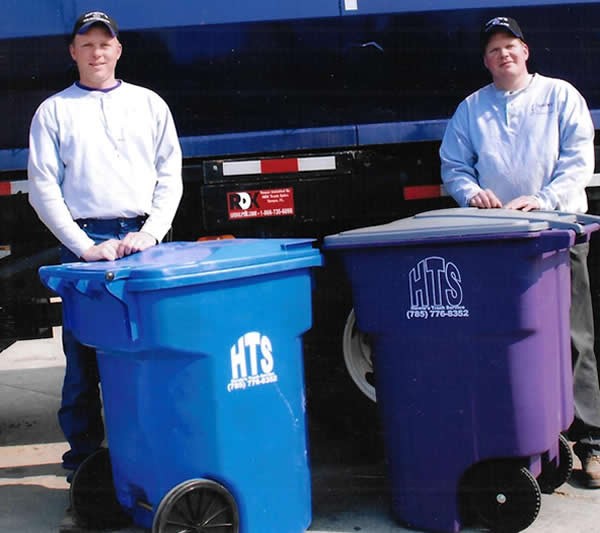 In 2018, Greg took the leadership of Howie's and became Owner and President. From the early beginnings of the business with just three employees, the business has grown to over 35 full-time team members. All who work diligently every day to do their part to keep our communities clean and safe by providing outstanding waste disposal and recycling service. Purple trash cans, dumpsters, and trucks are the business's trademark, as they dot the landscape throughout the area. While the business end of recycling has changed in recent years, Howie's commitment to providing a place for community recycling is still alive. Howie's has long appreciated the Manhattan-area community's support and looks forward to being a positive community partner for many years to come.